Recently, I haven’t been doing much reverse engineering at my day job, so I wanted to start a small side project that incorporates some reversing; security camera VR seemed like the perfect project. To avoid the devastation of finding a n-day, I specifically looked for devices that didn’t have any CVEs. Amazon’s top results for “security cameras” gave me an endless list of devices to pick from, so I chose the first option listed without CVEs, a UOKOO security camera. 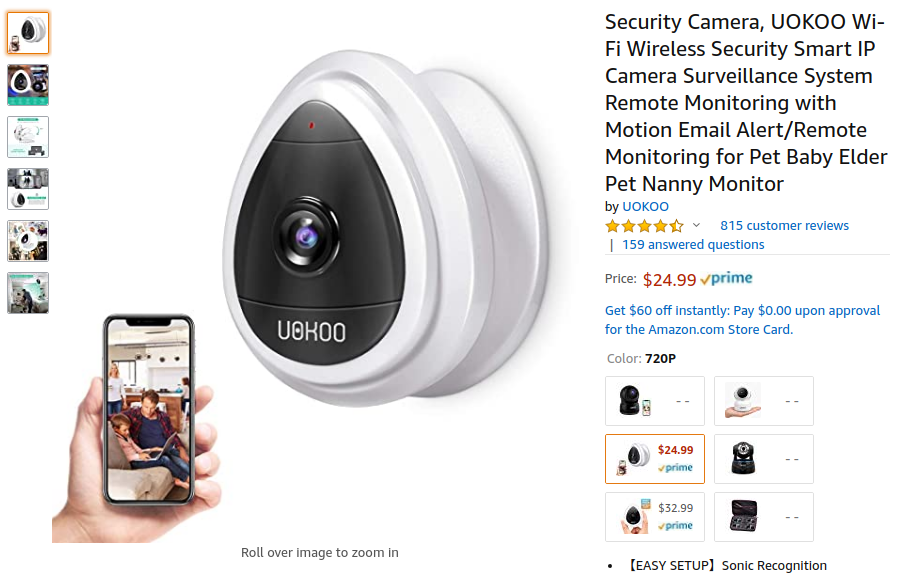 The iSmartViewPro app is used to setup the WiFi connection, customize device settings, and flash the most recent firmware update. The instruction manual gives the device’s default credentials: admin as the username and 123456 or 888888 as the password. These credentials are used across all UOKOO cameras, and users aren’t required to change them during setup.

After the device was configured, I nmaped it and saw a server listening on port 80. Lo and behold, it was a HTTP web server prompting for device login credentials. Initially, I was disappointed that this security camera was ignorant of basic security practices, but after a quick glance in Wireshark, I was surprised to find it using digest access authentication (RFC-2617). This authentication scheme hashes the password concatenated with a server provided nonce before sending it over the network to prevent the server from receiving passwords in plaintext, while also mitigating replay attacks. According to the RFC, the authentication is supposed to take place inside a TLS connection to prevent MitM attacks. If a MitM sets the value of the WWW-Authenticate HTTP header in the server’s response to Basic, the user’s credentials will be sent in Base64 encoding which can easily be decoded.

I’m glad that the UOKOO developers at least attempted to secure their login page, as opposed to many of their competitors, even though in reality it wasn’t effective. Between the default credentials and the insecure login page, it’s not too difficult to get the login credentials, which we’ll use later…

Before I started reversing, I wanted to get a shell on the device so I could read logs, debug programs, and send files to/from the device. Most IoT devices expose a serial port on the PCB that drops clients directly into a shell, so I thought I should give that a try. When the front cover of the camera is removed, the PCB presents silkscreen labeled UART pads. This saved me a few minutes of prodding around with a multimeter. 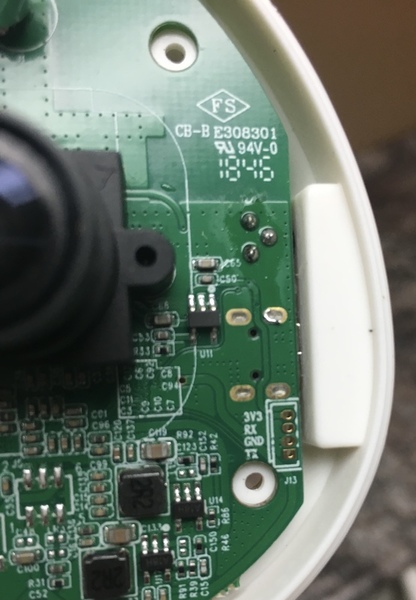 Sorry about the blurry image, I apparently don’t know how to focus an iPhone camera.

After I soldered some wires onto the pads, I used devttys0’s baudrate brute force script to find the 115200 bps baud rate. Once connected, the serial connection dropped me into a root shell—as is tradition.

Using the root shell, netstat -plnt showed me which programs were listening for a remote connection.

As you can see, our attack surface was rather small because it’s a pretty dumb device. Both processes had obvious roles, given their names: FWUpdateSvr is the firmware update server and hyrtspd is a RTSP daemon. If you look closely, the hyrtspd program is listening on port 80, which means it’s also the HTTP server we looked at earlier.

I decided to reverse engineer the firmware update server’s update protocol before the RTSP daemon because I knew it would parse a significant amount of unsanitized data. There are two different ways to approach this:

Reversing the Android app sounded super boring because I wanted to reverse some native code, not decompiled Java bytecode. If I wanted a PoC ASAP, I would have opted for the app reversing but this project is all about having fun.

The update servers is a small 15 kB stripped C++ program written by the developer that goes by the alias PETER.PAN, according to the startup banner.

As shown in the netstat output, the server listens on port 65531 for the authentication message.

The username and password are send in plaintext, which means a passive MitM can get the credentials. Now we have three vectors to expose login credentials:

When the server accepts a connection, it immediately creates a CDBManager object (implemented in the libdbmanager.so library) which opens a connection to the /var/db/ipcsys.db SQLite database. It then calls the CDBManager’s QryUserInfoFromDBByID method which executes the follow SQL query:

The C_UserID field is set to 10001, which is the user ID of the admin user. The QryUserInfoFromDBByID method returns a response in an USERINFOQRY structure:

The server strcmp compares the username and password fields from the firmware update’s authentication messages with the C_UserID and C_PassWord credentials from the database.

If both usernames and passwords match, the client is authenticated and the server returns HY01 to denote successful authentication. The client then sends the firmware update header.

The firmware update type is either HY01 or HY02. The HY01 type skips the hardware version check while the HY02 rejects updates that do not match the current firmware’s hardware version.

The CRC field is logged server-side but never checked so it can be ignored.

The update flag is a bit field representing what parts of the device the firmware update will apply to. 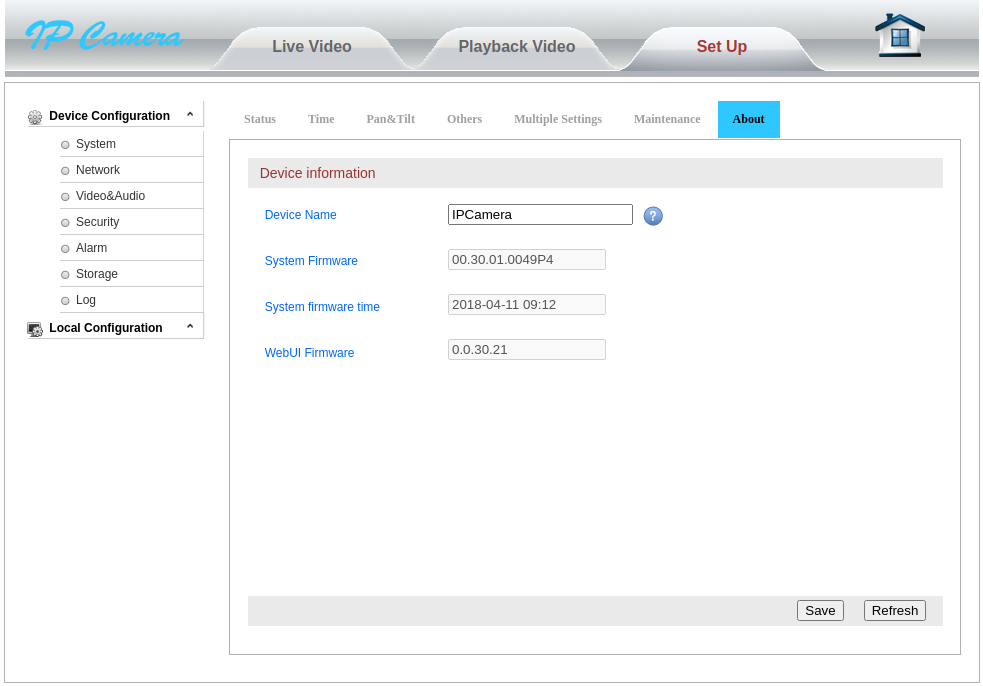 After the header is validated, the server responds with HY01. It then starts reading the firmware update in 0x400 byte chunks to /var/tmp_update.zip. The firmware update is expected to be in zip format, which is later unzipped in the root directory.

The easiest way to achieve RCE in this situation is to overwrite a file that later gets executed. Before we start looking for an executable to target, we need to know which filesystems are mounted with write permissions.

Additionally, the file must be written to a filesystem that persists reboots because the device is rebooted immediately after the firmware update. Since the root directory is read-only and the tmpfs directories do not persist, our scope was limited to executables in the jffs2 directories. Initially, the vg_boot.sh script was an appealing target because it persisted modification and executed on boot. The downside was that it contained commands that were specific to the device model which would make porting the exploit a pain. I kept searching and eventually found the absolute best-case scenario in the middle of the /mnt/mtd/etc/start.sh script.

It executes every file in /mnt/mtd/etc/app/ on boot, which is a directory that is writable and persists reboots! The full exploit chain would follow the steps:

1) Create a zip file with our executable payload in /mntd/mtd/etc/app/
2) Use the default or exposed credentials to send the zip file as a firmware update
3) Wait for the firmware update server to reboot the device
4) /mnt/mtd/etc/start.sh gets executed on boot which then executes every file in /mnt/mtd/etc/app, including our payload!

I’ve released the exploit here on GitHub which sends a firmware update that writes dropbear to /mnt/mtd/etc/ and give us remote persistent access to the camera. 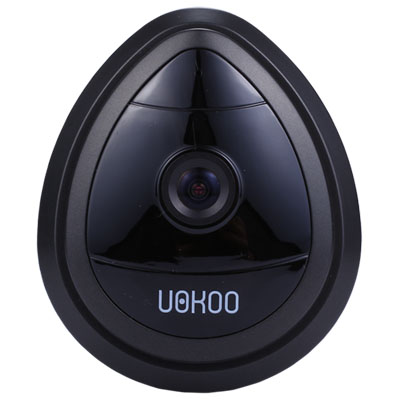 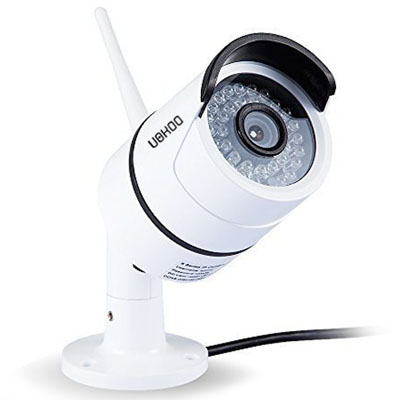 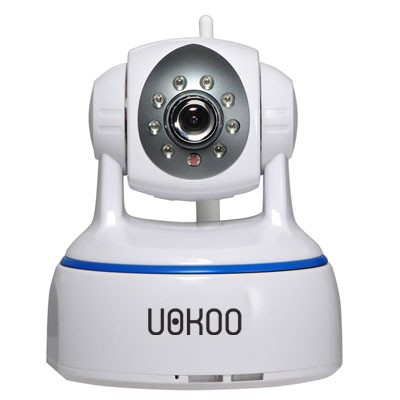 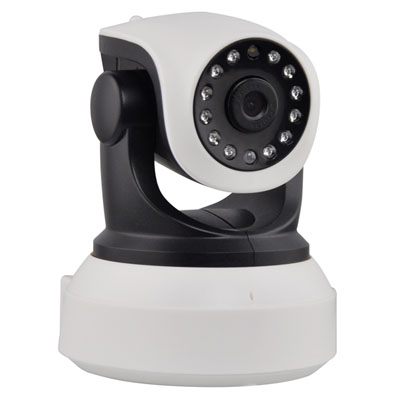 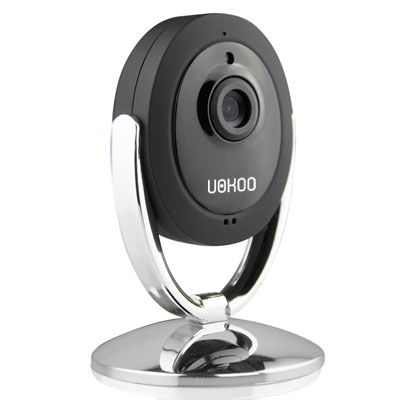